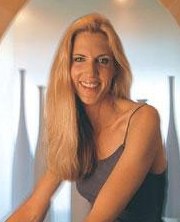 Ann Coulter opens a can of whuppass on George Clooney's hagiographic film of Edward R. Murrow:

I can prove that Murrow's good friend Lawrence Duggan was a Soviet spy responsible for having innocent people murdered. The brilliant and perceptive journalist Murrow was not only unaware of the hundreds of Soviet spies running loose in the U.S. government, he was also unaware that his own dear friend Duggan was a Soviet spy—his friend on whose behalf corpses littered the Swiss landscape.

Contrary to the image of the Black Night of Fascism (BNOF) under McCarthy leading to mass suicide with bodies constantly falling on the heads of pedestrians in Manhattan, Duggan was the only suicide. After being questioned by the FBI, Duggan leapt from a window. Of course, given the people he was doing business with, he may have been pushed.

After Duggan's death, Murrow, along with the rest of the howling establishment, angrily denounced the idea that Duggan could possibly have been disloyal to America.

Well, now we know the truth. Decrypted Soviet cables and mountains of documents from Soviet archives prove beyond doubt that Lawrence Duggan was one of Stalin's most important spies. "McCarthyism" didn't kill him; his guilt did.

....Duggan was the kind of disloyal, two-faced, back-stabbing weasel you rarely see outside of the entertainment industry. (He certainly was perceptive, that Murrow.)

....Because of Murrow's good buddy Duggan, innocent people were killed. Not just the millions murdered during the purges while Duggan was earning "employee of the month" awards from Stalin. At least one man was murdered solely to protect Duggan's identity as a Soviet spy.


That man was Ignatz Reiss who had defected when he learned of Stalin's bloody purges. Soviet agents tracked him to a restaurant in Switzerland where they killed him to keep him from outing Lawrence Duggan's spying. As Coulter says, George Clooney doesn't even mention this incident in his film, even though in real life Duggan's suicide was the catalyst for Murrow's hostility to the FBI, McCarthy, and the Cold War.

Just as Dan Rather and Mary Mapes decades later would enroll in fantasyland over George W. Bush's military service, Murrow and many, many of his colleagues denied the reality surrounding them for decades.
Posted by Patrick Sullivan at 8:19 AM