A Bum, But Not a Bummer 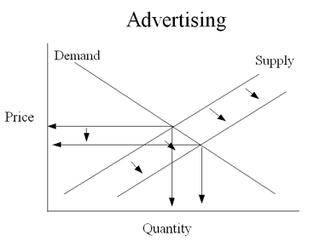 University of Washington graduate uses his economics degree to add to GDP:

...consider the two players. Companies looking to advertise make up the buyers. For a moment, let's consider that sign holding bums are in fact owners and operators of their own miniature advertising agencies. Their primary revenue source, and formerly only revenue source, came from soliciting donations from passersby. Consider these signers not as “employees” but rather as sellers of advertisements. Everytime they agree to tack a Bumvertising™ sign onto their own sign, they are accepting an amount of money for a service that they agree to provide.

The theory of Bumvertising™ relies on the fact that both the buyer and the seller benefit from its existence. Both parties are better off. Companies obtain exposure at a lower price and in a new medium, and sign holders increase their revenue. The greatest complexity of this theory is the factor by which a signer's donation revenue is altered. So far, in Bumvertising™'s short existence, the overwhelming opinion by the signers, is that having a professionally made sign on the bottom of their own, does indeed increase donation revenue. This is the most exciting part. Essentially, a bum's status in the world rises due to Bumvertising™. Holding a Bumvertising™ sign transforms a man or woman from a rogue derelict, to a beggar who is capable of negotiating a deal to improve his own welfare. In essence, a bum is able to prove to the world that he is not quite so irresponsible, and perhaps deserves more frequent and larger donations than the bum across the street who has not shown the initiative to obtain a Bumvertising™ contract for that day. In sum, Bumvertising™ leads to the advancement of urban credibility.


Posted by Patrick Sullivan at 9:35 AM