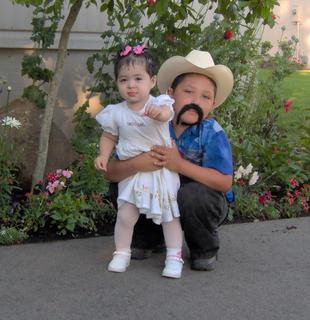 James Q. Wilson and George L. Kelling's famous Broken Window Thesis has something going for it that most sociology doesn't; empirical support. The simple idea that eliminating disorder (vandalism, petty thievery) leads to less of more serious crime has been tested in the laboratory of Rudy Giuliani's New York City and found to be sound.

With roving armed gangs terrorizing flooded New Orleans in the wake of hurricane Katrina, the Chairman of the FLUBA Committee on the Tyranny of Low Expectations reports on one of those coincidences that makes life interesting: The Chairman attended last night's Randy Johnson-Felix Phenom Pitch-Off at Safeco Field as the guest of a Mexican American family.

The father and mother were both born literally dirt poor in small towns near Manzanillo, on Mexico's Pacific Coast. The father has six years of education, the mother three. Several years of working as farm laborers and house cleaners in California yielded them skills that led them to start their own business (and pay many tens of thousands of dollars in taxes) in the Pacific Northwest.

They have two children; a seven year-old boy, and an eighteen month-old girl. As is the custom of Mexican families, both children were nattily turned out for the evening (the young lady particularly prettily in pink), all hairs in place. In contrast to many of the other children in attendance who were wearing old sweatshirts and football jerseys and torn and dirty jeans.

This was the first baseball game any of the Mexicans had attended. And the meticulously groomed Safeco Field ($500 million of taxpayer money just to erect) made a very favorable impression on the father.

About the third inning, the peanut vendor made his way down the section where sat the Chairman and his hosts, tossing bags of warmed peanuts to anyone offering to buy them. That prompted a whispered exchange between the son and father, which further prompted the FLUBA Chairman to ask if he couldn't buy a hot dog, coke, or other refreshment for the children.

The father replied no, his son had asked for only a bag of peanuts, but--looking around--he said, 'I don't know what we'd do with the empty shells.'
Posted by Patrick Sullivan at 7:04 AM