Here's Looking at You, Vladdy 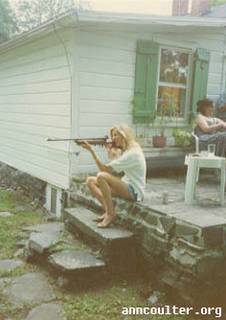 RIGA, Latvia (AP) -- President Bush said Saturday the Soviet domination of central and eastern Europe after World War II will be remembered as ''one of the greatest wrongs of history'' and acknowledged that the United States played a significant role in the division of the continent.

Bush said the agreement in 1945 at Yalta among President Franklin D. Roosevelt, Soviet leader Josef Stalin and British Prime Minister Winston Churchill ''followed in the unjust tradition of Munich and the Molotov-Ribbentrop pact.'' The decisions at Yalta led to the division of eastern Europe and creation of the Soviet bloc.

''Once again, when powerful governments negotiated, the freedom of small nations was somehow expendable,'' the president said, opening a four-nation trip to mark the 60th anniversary of Nazi Germany's defeat. ''Yet this attempt to sacrifice freedom for the sake of stability left a continent divided and unstable.''

Posted by Patrick Sullivan at 9:04 AM